A downloadable game for Windows

Duri finds herself rather annoyed by the strong winds that have been plaguing her town as of late, and decides to take these matters into her own hands to stop whatever is causing this phenomenon!

Also try to find the secret shortcut in the first level!

A very enjoyable platformer, a bit shorter than the first game though. More polished, too.

Can't say I liked the "gather an air sack -> shoot it" mechanic. It made the game's pacing a little less hectic, but to me, the no-delay feathers shooting from the first game were more fun.

The enemies are fun to defeat, but some are placed in some really hard-to-avoid places, and their game logic stops executing when they become off-screen, which is a bit jarring, but that's part of the retro style, I think.

Also, the... change at the end was a very nice surprise, but I didn't figure out how to attack that boss... Is this possible? Should I collect more hearts perhaps? The boss is knocking me out into credits screens if touched by the hero.

Still, the game is very enjoyable, and I'm glad I got to play it on my hacked Vita using YoYo Loader :)

more harpy goodness like harpy gaiden. love the graphics and music. only nitpick is the lack of controller support. it would complete this game.

Reply
the ramble man2 years ago

Are the feather projectiles still in the game if so what level do you get them from and what key on the keyboard activates it?

They are not in the game, sorry!

Reply
the ramble man2 years ago

Wonderful game. I enjoyed this game more than some $20 games. I did make it to the second to last level before I realized that the bread gave me health, but the game feel of this game is so good; that I didn't mind replaying the begining levels in attempt to get health further down to the later levels. (I was on a run to see if 1000 hearts gave me health to see if that gave me full health or something, when I realized that bread gives you health)

The particle effects are so good. Thank you for making this enjoyable game. 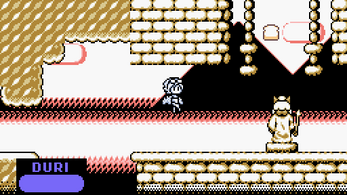