A downloadable game for Windows

Day in the Life of a Harpy is a short but sweet story of a harpy girl that was wandering out late and must get home before dinner.

The main protagonist, Duri, has various skills that can help her fend off creatures that threaten her. Her main method of attack is to shoot feathers from her wings, but she has other methods, such as a bag that she can use to capture and throw enemies. She can use her wings to keep her in the air, though, being young, she can only flap them several times before she needs to rest on the ground again.

This adventure takes the player through a variety of stages that are simplistic and fun in their own ways. Day in the Life of a Harpy is a short , but uplifting experience.

i was looking for games where i could play as a harpy, and i came across this adorable gem :D thanks for creating a game like this- i'm looking forward to more harpy adventures in the future, hopefully!! :3

Stay tuned, you won't be disappointed. Don't forget to join our Discord while you're at it!

Reply
the ramble man1 year ago

Reply
the ramble man1 year ago

A fun little game. We enjoyed it very much.

Here is a short video we made while playing:

Hey! I played this game all the way through a while back and adored it! It was hard but really enjoyable, great visuals and everything!

I feel like there was a lot to like about this game - but the health/save/respawn system dealt the overall experience a major blow. Getting past a boss and onto a new world, only to die and go back to half way through the previous world was very frustrating for me. Going back and having only one bar of health got annoying quickly. Also, the style of the mountains level was a bit hard to look at.

On the plus side, the game controlled well, there was a variety of enemies and backgrounds, and I did get to complete the game eventually.

I did a video on the game, which has more "in the moment" thoughts, if anyone wants to watch: https://www.youtube.com/watch?v=byK-isDlmNA

As I've stated before, I'm a sucker for old-school platformers from the 8/16-bit eras. Thankfully, this game scratches my everlasting itch for games from those classic times. It even has that Kirby's Dream Land feel, which is a guilty pleasure of mine.

The gameplay is pretty good, although I would like to have seen a time limit or score functions. The graphics are well-made, the music and sound effects on-point for an 8-bit style game. The controls are a bit odd, specifically the jump button (which made my ring finger cramp. Controller support or use of WASD for movement & other keys for jump/attack/bag (JKL, for example) would've been amazing.

The only thing I have steep criticism for is the death transition. It's WAY too fast. I barely had enough time between my final hit and the title screen to process that I actually died.

Despite everything, this is still a pretty good game. A little bit of tweaking and this will feel exactly like a Game Boy game. Superb job!

This is a really neat game :) It feels very reminiscent of Kirby's Dreamland. Though our protagonist knows not to eat everything in her path :P

I made a let's play as well. I didn't beat it yet, but I hope to next episode. I hope I did your game justice!

I really enjoyed myself playing this! I played it on my YouTube channel, King Zaerdric! I'm not that good at lets plays yet, but none the less, Great game!!!

I honestly found the game pretty fun but is there a healing aspect to the game?

here is a video of my (short)but fun play through: 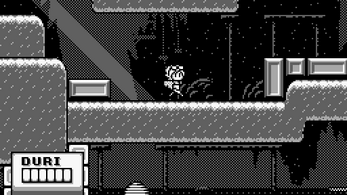 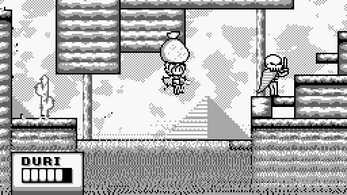 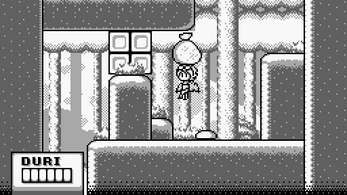 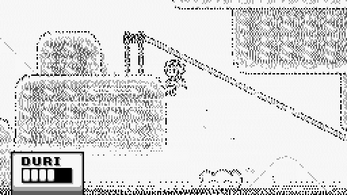